Yashb | What is big O notation (The complexity) and how to calculate it?

What is big O notation (The complexity) and how to calculate it?

The big O notation in computer science (and competitive programming in particular) is used to find the growth of space and time when the data grows, and to approximate the time and space used in the worst case, which is a great way to compare two different algorithms or codes used to solve some task.
In general, we can calculate the big O notation by counting the number of operations done in some code and ignoring small constant values.

Here we simply find the time spent in each part then add them together (addition, first loop, second loop), for the first part the addition takes a constant time \(O(1)\), the second part  it does N addition N times so the time complexity is \(O(N)\), and the last part does M operations \(O(M)\), to calculate the total time T(total) we just add all the times taken for each part :
\(T(Total) = T(FirstPart) + T(SecondPart) + T(ThirdPart)\)
\(= 1 + N + M\)
And we get the total complexity of \(O(N + M + 1)\) and since big O notation ignores small parts we can ignore the constant 1 and get \(O(N + M)\), Note: we can't ignore N nor M since we don't know their exact value and who will contribute more to the time.

Let's ignore the first loop (from 1 to N) we will have 2 addition operations repeated M times with a complexity of \(O(2M)\), now let's bring back the first loop what does it change? As we see how the second loop and everything inside it are repeated N times we just multiply the second loop time:
\(T(Total) = T(FirstLoop) \cdot (T(SecondLoop) \cdot NumverOfOperations)\)
\(T(Total) = N\cdot(M\cdot2)\)
\(=2NM\)
And we get the total complexity of \(O(2NM)\) and since big O notation ignores small parts we can remove the constant 2 since it is not important when N or M is very big, and get \(O(NM)\).
Let's give another example of nested operations:
We have three nested loops that repeat N, M, and L times respectively, and 4 operations inside the last loop we can see that the 4 operations are repeated L times, the third loop is repeated M times, and the second loop is repeated N times so the time complexity is \(O(4N\cdot M\cdot K)\) we can ignore the 4 and get \(O(N \cdot M \cdot K)\). 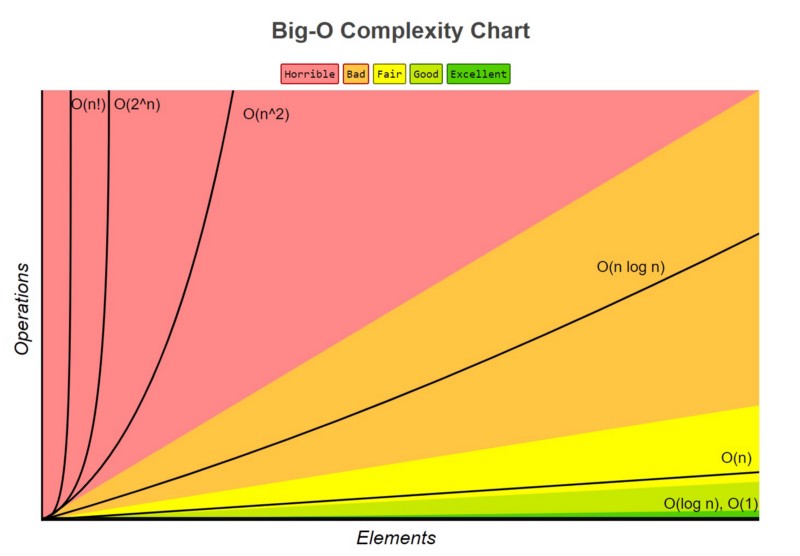